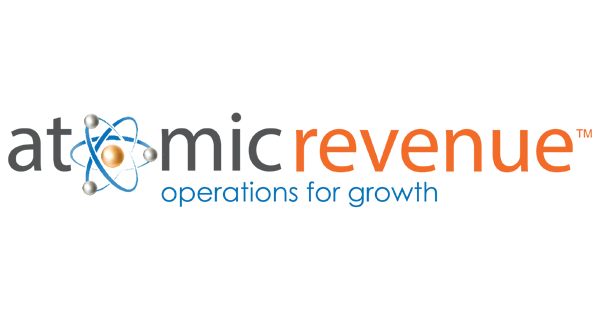 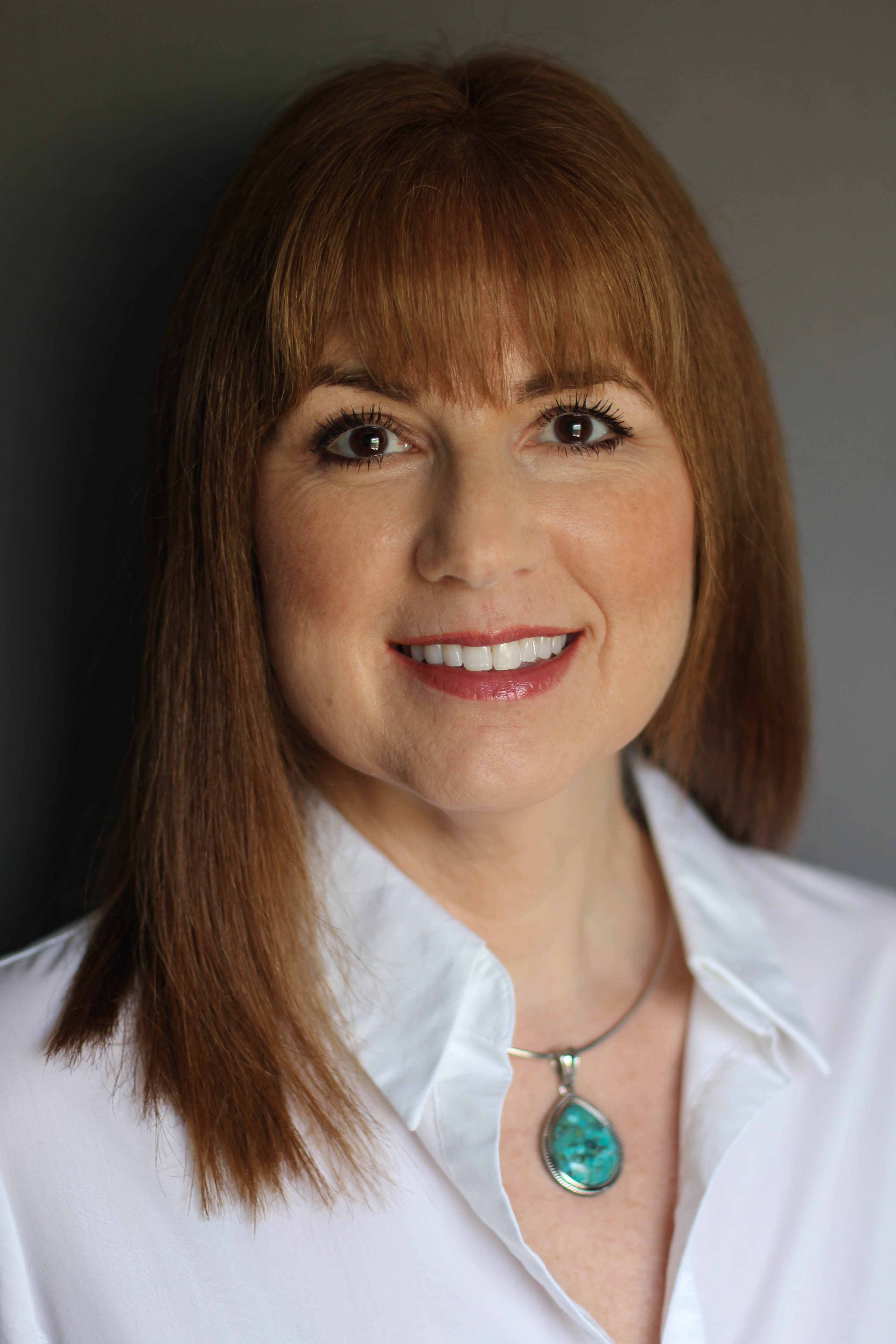 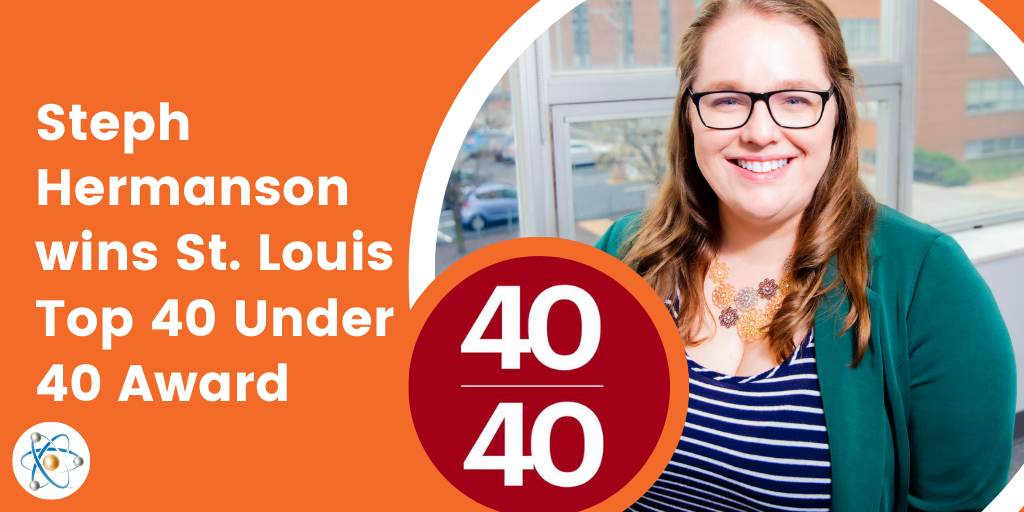 This award recognizes the incredible contributions and expertise Steph brings to not only Atomic Revenue, but also to the profitable growth of national and regional companies.

Every year, with its “40 Under 40 Awards,” the St. Louis Business Journal recognizes young, local influencers celebrated for their ingenuity, leadership ability, and contributions to St. Louis area business and beyond.

This year, Atomic Revenue is proud to announce Steph Hermanson, our Chief Revenue Officer (CRO) and EOS® Integrator, is among this prestigious group of 40. Not only is she in the Top 40 Under 40 but she is also one of a few young (age 33) C-Suite professionals in the nation who are not company founders. Her success has been self-made through determination and thought-leadership.

When Atomic Revenue was founded in 2015, Steph joined as a consultant to develop and deliver digital marketing audits. Over time, her role grew to include digital strategy and digital audits across the full revenue production spectrum, including digital impacts on marketing, sales, and customer operations. Steph then became an employee in July of 2017 and continued to expand her position within the company, including as Director of Digital Operations and next as Head of Digital Operations, and finally as Chief Digital Operations Advisor. She became an owner in 2018 and earned her role as Atomic Revenue’s CRO beginning in January 2021.

“Steph exemplifies hard work, intellectual and emotional intelligence, and intentional leadership in all aspects of life. As a life-long learner, you can literally watch Steph refine and elevate her expertise at every engagement, even when she is the speaker or leader. As such, she is wise beyond her years with both breadth and depth of revenue operations capabilities, and has filled the toughest of CRO positions leading a nationwide team of revenue operations experts at Atomic Revenue,” said Tara Kinney, CEO of Atomic Revenue."

"This award publicly honors the hard work, ambition, and enthusiasm required to achieve the magnitude of accomplishment that Steph has achieved in her young life. All of us at Atomic Revenue are so proud to be on her team." – Tara Kinney, CEO, Atomic Revenue

Steve Appelbaum, Arnold Insurance Company Broker, said this about her nomination, “Steph has risen within the ranks of Atomic Revenue from the second person hired, to her current position of Chief Revenue Officer. Her personal sales figures account for more than 40% of all new revenue for Atomic Revenue in 2020. She has personally mentored 15 current members of the Atomic Revenue team and oversees the sales and marketing departments.

In 2021, Steph was also named one of the Top 100 Marketing and Advertising Leaders in the World by MarSum, and one of the Top 30 Marketing Influencers by Engati CX. She is highly sought after to speak at conferences, and has appeared on numerous podcasts over the past few years.”

When asked how she has improved her community, he replied, “Steph regularly offers her time as a seminar and workshop instructor at local chambers of commerce, rotary clubs, optimist clubs, and nonprofits, supports and mentors interns on the Atomic Revenue team, and offers help to graduating high school and college students as they enter the workforce. Finally, Steph is a current board member of the Union Area Chamber of Commerce.”

Jonathan Jones, Master Chair and CEO Coach of Vistage Worldwide St. Louis, also commented, "We are so lucky to have such a powerful young woman on our team. She is amazingly impressive and has brought great value to us as trusted advisors and as people. Steph helps us to think differently and shares new insights every month."

In Steph’s own words, when asked about the Award, she said, "Being recognized as a Top 40 Under 40 inductee is quite an honor. It feels great to be acknowledged for my contributions to the community and Atomic Revenue. It's driving me forward to grow and prove what I can do while helping Atomic Revenue and other companies secure growth opportunities through revenue operations.”

Get Your Free Revenue Assessment

Ready to launch more revenue to your business? Get your FREE Revenue Assessment with one of our specialists.

Get my FREE Revenue Assessment 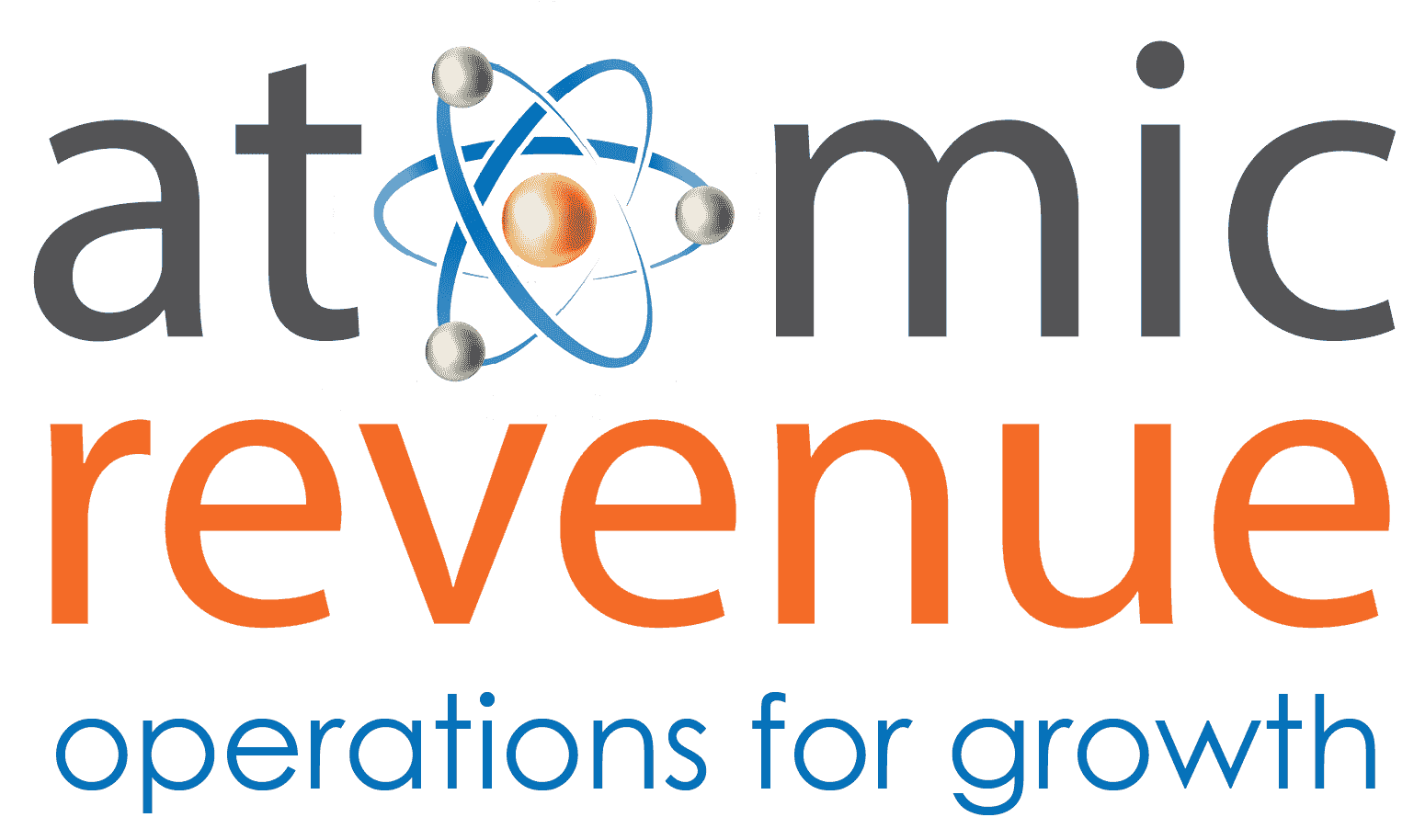